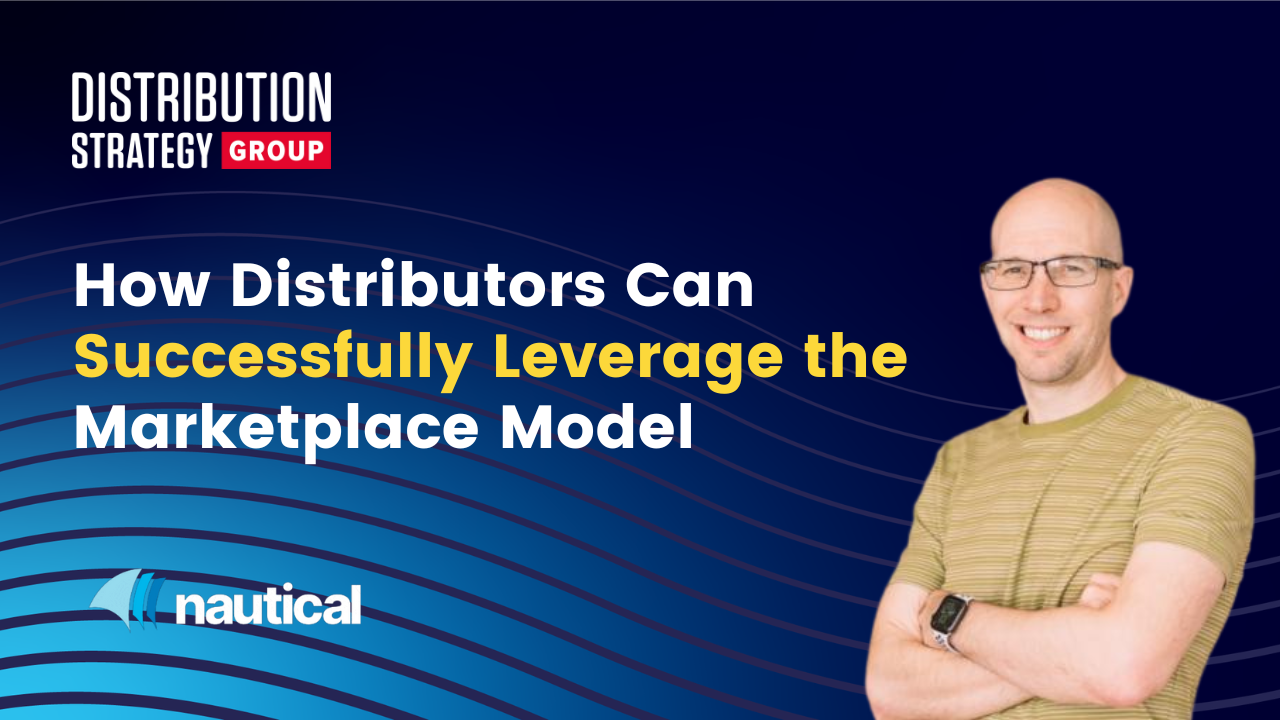 In a recent Distribution Strategy Group webinar, Marketplace Strategy for Distributors, Nautical Commerce Founder and CEO Ryan Lee kicked off the webinar discussing how distributors can leverage the marketplace model to digitize their business.

Change or be left behind is a reoccurring theme when discussing the digitization of the distribution ecosystem. Relationships have always been a key ingredient in a successful distributor's secret sauce. But in today's increasingly digital world, relational processes aren't enough to stay competitive in the current global marketplace.

Since the dawn of ecommerce, websites have operated, until recently, with a single-vendor commerce model. The panel said the future of ecommerce will be about embracing the marketplace model — brands hosting product selections from a multitude of other companies.

“In the long run,” he says, “whether that’s two years or ten, websites that only reflect one company’s products will be at a disadvantage.”

Marketplaces offer companies a path toward product expansion that’s unattainable for conventional single-seller ecommerce. To understand the marketplace phenomenon better, Heller points us to Metcalfe’s law, where the value of a telecom network is proportional to the square number of nodes (N2).

The same is true for a marketplace. A marketplace’s value comes from the connections it provides its buyers and sellers. Jonathan Bien believes that distribution companies, too, exemplify a form of Metcalfe’s law.

“If you have 500 suppliers and 10,000 customers, you’re providing a Metcalfe’s law benefit to both suppliers and customers because otherwise, there are 50 million possible connections. Distribution provides an efficiency that is analogous to Metcalfe’s Law. It takes an N2 problem and makes it a linear problem.”

Marketplaceification Coincides Neatly With the Evolving Needs of Distribution Customers

Distribution is no exception to the proliferation of digitization impacting the B2B ecosystem, but it does face its own unique set of challenges. Nautical CEO Ryan Lee sees scale as one of distribution’s most significant hurdles.

He emphasized that more product availability, range, customer service, and value are what customers are growing to expect — achievable by embracing the marketplace model.

With this in mind, it’s unsurprising that distributor customers are turning to marketplaces to meet their needs. Heller and Bien’s research shows just how prolific marketplaces have become and how much market share they’ve dominated.

Distribution Strategy Group’s study of 344 distributor customers found that 88% buy from one or more marketplaces.

More specifically, 33% purchase from 5 or more marketplaces, an indication from Heller that the industry needs to put marketplaceification high on their radar.

“This isn’t a future threat," he said. "This is an existing threat."

How Distributors Can Apply the Marketplace Model

By marrying marketplaces and distribution, the goal is not to force a square peg into a round hole. Instead, it’s to borrow strategy, technology, digitization, and product assortment from marketplace models and apply it to the distributor model. As Heller notes, technology is always progressing.

“Distributors need to make it easy to buy simple SKUs because marketplaces are coming the other way and making it easier to buy more complex SKUs and solve more complex problems,” he said.

Ryan echoed this sentiment during the webinar, sharing how marketplace platforms can help refocus a distributor’s value to higher revenue-generating activities.

“Distribution is all about relationships. It’s deeply rooted in your collective expertise. And that’s why [marketplace technology] can help you strengthen the relational aspects of your customer engagement and digitize the transactional," Ryan said. "A lot of distributors are undigitized marketplaces. So, our job is to help digitize the low-value activities that are more transactional to help you reinforce that relational aspect.”

If the goal is to combine SKUs through partnerships without carrying inventory, Heller suggests you consider drop shipping like the distributor MSC has done.

By dropshipping, distributors can expand SKU depth by augmenting their product line with an assortment from suppliers — without worrying about shipping execution.

Another way to add SKUs is to share your online assortment or distribution center space.

“Imagine how much you could multiply your assortment online and how many more customers you’d keep if you could solve more of their needs because you’re pooling your SKUs with other distributors as partners,” Heller said.

He notes that this is typically done with partners that can align horizontally, merging complementary goods, knowing there may be some overlap in product offerings.

The hybrid model steps into the world of more traditional marketplaces, where you’d sell your SKUs, as well as those of third-party sellers, a la Amazon Business.

Then there’s the true marketplace, where an operator’s sole job is to connect buyers to third-party sellers without having their own product line, like Zoro.

Instead of getting overwhelmed by the perceived enormity of a marketplace undertaking, Heller suggests distributors think of marketplaceification as a progression.

“You might never go past the first or second step, but what’s dangerous is only selling your assortment,” he said.

Marketplaceification is the Way Forward For Distribution

Heller suggested that it’s time to get away from the notion that a website is one company’s assortment over time.

His strategic takeaways are as follows:

1.    Embrace the complexity that differentiates you and build best-in-class ecommerce capabilities for simple orders.

Whether you’re adding supplier drops SKUs to your website, building partnerships with adjacent distributors, or launching a fully-fledged marketplace, there must be a degree of marketplaceification. Your position on the marketplace spectrum may change over time, but the panel agreed that marketplaces are the way of the future. 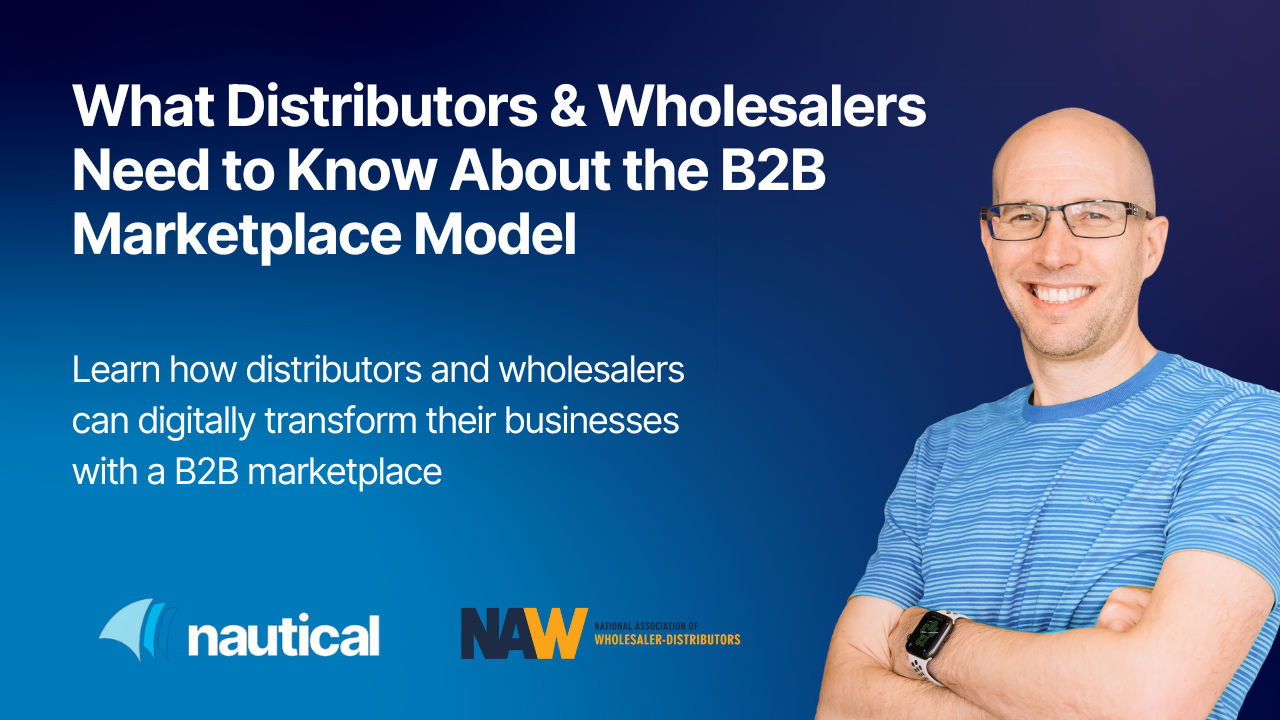 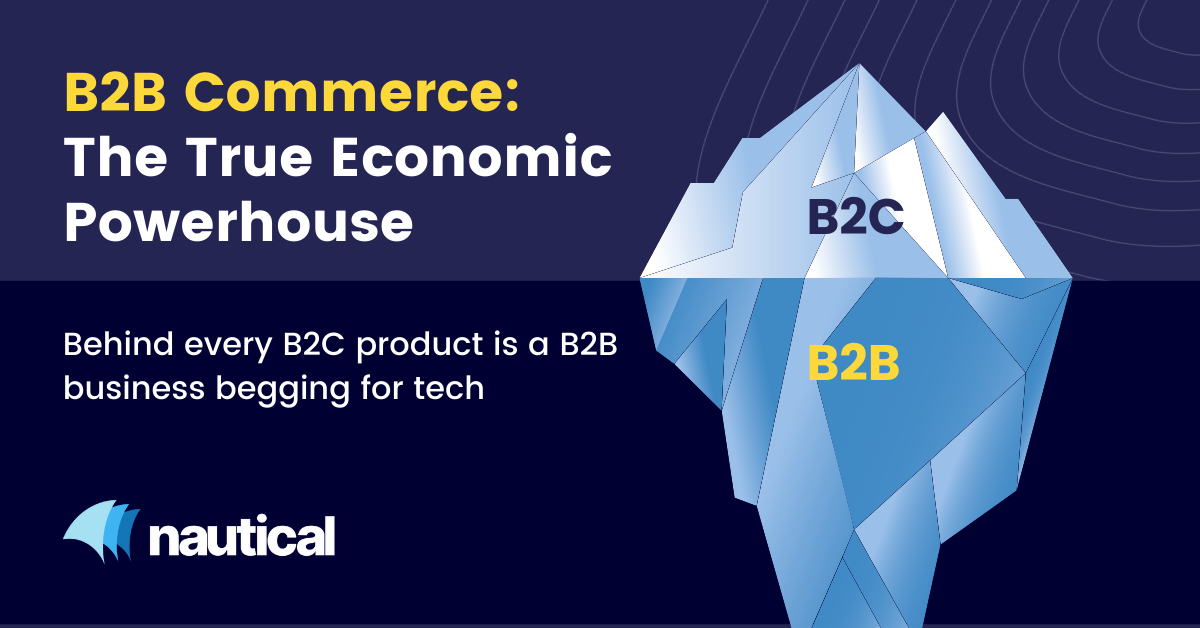